Christopher Bratic, 10, rest his head on the shoulder of his father United States Army Staff Sergeant Luis Bratic after being surprised by his father during a school assembly at Lillian G. Mason Elementary School in Grand Blanc Township, Mich., Thursday June 7, 2012. Christopher did not expect his father to come home from an 11-month tour in Afghanistan until later in the month when his father walked out on stage as Christopher was reciting the Pledge of Allegiance at the beginning of the assembly. 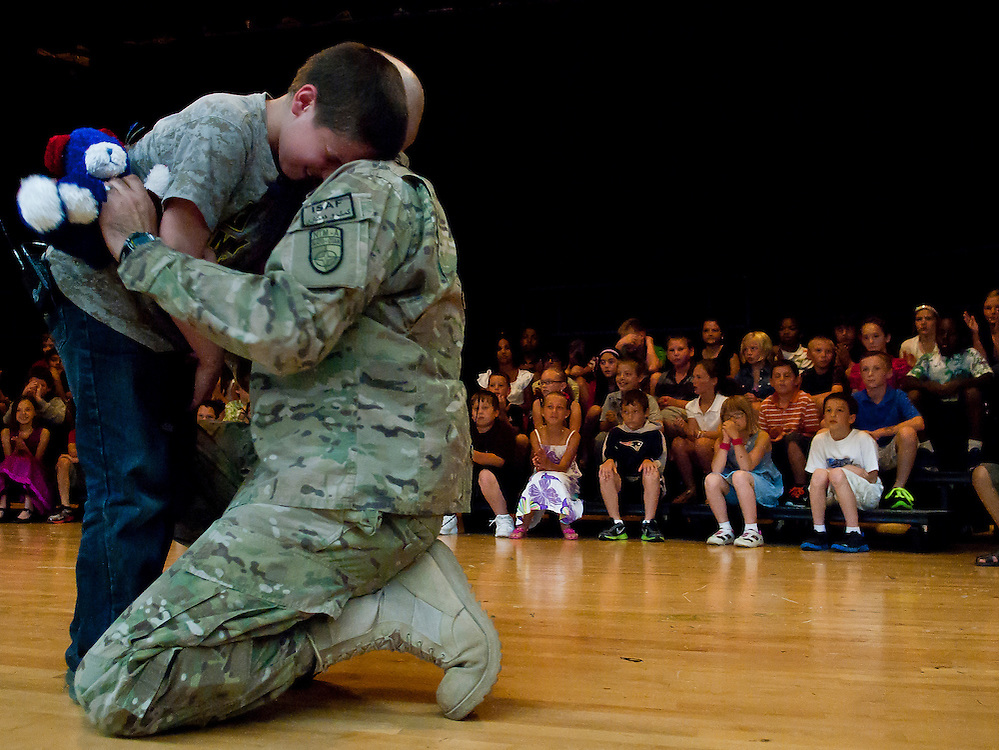